CINDICATOR
Since 2015
Cindicator is committed to democratizing and decentralizing the financial markets. Starting as an analytics company, Cindicator has developed its Hybrid Intelligence technology, gathering insights from hundreds of thousands of analysts from more than 135 countries to produce accurate indicators for crypto and traditional markets. Cindicator generated over 40,000 indicators and 20,000,000 million individual forecasts for more than 28,000 clients and token holders. We demonstrated the power of collective wisdom, showing that regular people can provide valuable input for traders and investment funds.
STOIC
In 2020
We decided to take the next step and launched Stoic, a fully automated trading app. Cindicator’s technology became even more inclusive: now there’s no need to have any trading skills, just install Stoic as a plug-and-play solution and let it trade.
Just as Prometheus gave fire to the people, Stoic provides exclusive hedge fund technologies to everyone. You can start with as little as $1,000 to experience something that was previously available only to the world’s 0.1%.
Vision
The success of the STOIC token can help Stoic to become the next-generation trading service, competing with centralized and decentralized exchanges. Stoic is about to re-imagine wealth management itself, as traders don’t actually need order books, manual trading, and research. Instead, each trader will have a fund-of-funds in their pockets to manage their portfolios by investing in ready-to-use strategies with different characteristics. When they think the crypto market will rise, they’ll use the Stoic portfolio strategy. When they believe the market is at its peak, they’ll put their funds into a Fixed Income strategy. At other times, they re-allocate into different long-short strategies exploiting various market inefficiencies, as well as thematic portfolios to place bets on market ideas, such as DeFi, NFT, GameFi, etc.

Important. STOIC is in the final phase of project development. You get STOIC as it is, there are no obligations whatsoever from any entity related to Cindicator or Stoic. We reserve the right to change anything in the plan, as well as completely stop the issuance of STOIC if there are any legal or product-related concerns.

Beware of Scammers. Please note, that you DO NOT need to deposit any crypto, sign any Ethereum messages, interact with any smart contract, sign up for Whitelist, or do anything else outside the Stoic app. Please be careful and ignore any DMs in Telegram or other messengers. If in doubt, please contact Support via Stoic's in-app chat.
STOIC TOKEN
It’s time for the next step
Now the time has come for our next evolution that will drive us further in our mission of democratizing asset management. The Cindicator team is planning to launch STOIC, the community token for Stoic.

STOIC would be airdropped to Stoic’s every paying customer, retroactively and in the future. The token can be used to seamlessly pay for Stoic services and to win allocation in sophisticated strategies with a limited capacity.

Please note: users will be able to get the STOIC reward only after paying at least $100 in total fees for Stoic services. I.e. if you already have paid $50, you should first make a new deposit and then you will be eligible to receive the STOICs. Important: multi-accounts are prohibited.
Moreover, after the lock-up period, STOIC holders will be able to claim tokens on-chain and provide liquidity on decentralized exchanges for additional returns.

Idea to consider in future: governance.
There’s a chance that in the long term STOIC will have governance features and token holders will be able to vote on the direction for quant research, as well as on spending the community funds on marketing, grants, or on token-burn, or on other topics.
The main utility of STOIC is to be used to unlock unique features in the Stoic app, as well as to secure allocations in sophisticated strategies with low capacity. Here are a few examples of features that are in development:
Every historical and future paying Stoic customer is eligible to receive the STOIC reward. The rewards formula is: 0.6 * FEES * Early Bird Coefficient. This formula applies to every payment of Stoic fees and takes into account the payment’s date.

The Early Bird Coefficient is designed to reward Stoic’s early users. It ranges according to this schedule:

Rewards mining
for Stoic users
Payment Date Before
1.6
December 20, 2021
March 1, 2021
February 20, 2022
February 28, 2021
September 16, 2020
1
1.3
1.2
2
Early Bird Coefficient
February 21, 2022
December 21, 2021
September 17, 2020
March 1, 2020
Payment Date After
will be available at the end of 2022. Any Stoic user who has made at least one deposit after this announcement will be able to claim their STOIC tokens.
Onchain claiming & transferring STOICs
will be available after the Strategy Switch feature is released in the first half of 2022. Every user will be able to spend their STOICs directly in the app to get an allocation in the Fixed Income strategy, the long-short strategies, in the thematic portfolios, or other unique features.
Spending STOIC tokens and new strategies, including Fixed Income strategy
Planned for late Q1-Q2 2022. Everyone who both holds CND and is using Stoic is eligible to participate in staking. Staking will ensure the fair distribution of STOIC to CND holders and will boost the CND liquidity on decentralized exchanges.
Smart contracts for staking CND, CND LP tokens, and the STOIC token contract
Over the couple of months after this announcement, we’re working on finalizing legal, product-related and other aspects of a new token launch. We will closely watch for feedback and product metrics to ensure we are choosing the best way possible.
Project Finalization
The rewards counter is already live. 50% of STOIC’s total supply is to be mined by its users. Get your STOIC by using the Stoic bot and invite your friends. The longer you use it, and the bigger your deposit, the more STOICs you’ll get. If you’re an existing user, log in to your Stoic account to find out the estimated reward that you will be able to claim later. If you’re not into Stoic yet, sign up for Stoic now to enjoy the hedge fund-grade product and get your STOIC airdrop.
Retroactive airdrop and airdrop for using Stoic
Long-short meta strategy. Meta strategy is a combination of several long-short strategies exploiting different market inefficiencies. Meta strategy is designed to earn in any market condition, and can use BTC as a base currency.
1
Thematic Portfolios, such as Stoic DeFi, Stoic NFT, and Stoic GameFi. Using such benchmark-beating portfolios is an easy way to get a smart exposure on a booming sector. Instead of spending countless time and money on research, users can just use Stoic to profit from a given industry's growth.
3
Additional hedge changes. Normally, users can change the hedge setting up to 5 times a month. Using STOIC tokens could increase this limit. This is recommended only for pro users, as it will lead to higher transaction costs.
4
Other fascinating features — stay tuned to find out!
6
Faster hedging. The hedge setting can be applied within an hour instead of 24-48 hours (again, this is recommended only for pro users, as it will lead to higher transaction costs).
5
Fixed Income strategy. It’s a combination of arbitrage, carry-trade and futures trading on Binance aiming to earn stable returns with no price risk at all.
2
Create your account now.
Or top up your account now to get the STOIC airdrop. 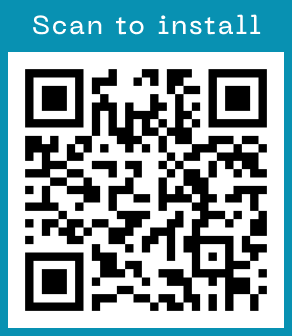 What are STOIC’s token supply, distribution, tokenomics etc? How much STOICs do I get if I will start Stoic with $1,000?
STOIC is an ERC-20 token with a maximum token supply of 4 billion STOIC. Initial price is $1.2 (This is the rate at which you can use STOIC to pay for unique features in the Stoic app). Over 50% of the total token supply is to be mined by Stoic users. If you start with $1,000 and pay the $50 fee, you’re not yet eligible for receiving the STOIC reward. You would need to top up your balance and pay at least $100 in total fees. So the minimal deposit amount to qualify for STOIC tokens is $2,000 — with $100 paid in fees. Then use the formula above: 0.6 * 100 * Early Bird Coefficient.
Why another token? Why not just stick to CND? What’s the difference between STOIC and CND?
The main issue with this is that CND is not a mintable token and therefore it can’t be used to reward Stoic users, and rewards are the crucial part of this project. However, to ensure a fair distribution, CND token holders will be eligible to stake their CND and receive STOIC airdrop for free. The amount designated solely for CND Holders staking is two times bigger than current CND market capitalization. We reserve the right to adjust this amount in either direction.
We believe that launching a separate token for Stoic is beneficial for all the parties. We have also checked this idea with the biggest CND holders and they’ve voted in favor of it.
Finally, CND and STOIC have fundamentally different value propositions. The CND token was designed to access Hybrid Intelligence indicators for analytics and discretionary trading by advanced and expert users. And the STOIC token will be used in automated trading products, available to anyone, regardless of their skills.

How do I get and use STOIC?
You can get STOIC by connecting Stoic and using the bot; by staking CND or CND LP token, by referring friends to Stoic, and by participating in special events. Or simply by buying it when it becomes available on a decentralized exchange.
You can use STOIC to pay fees for switching to different strategies, to secure an allocation in sophisticated strategies with limited capacity, to get other unique features in the App, to provide liquidity on DEXes. Or you can simply sell it to other users.
Will there ever be governance for STOIC?
There’s a chance that in the long term STOIC will have some governance rights and token holders will be able to vote on the direction for product releases and quant research, as well as on spending the community funds on marketing, grants, or on token-burn. However, there are no concrete plans at this stage.
What do you mean by saying you can change anything in the plan?
We’re currently working with legal teams to finalize the whole setup. You must understand that STOIC is a gift and it’s up to us to decide anything in this regard. If there’s any risk to the Stoic app itself, we reserve the right to not pursue the STOIC airdrop, however, we will be happy to provide something else in return (discounts, free deposits etc.) if this happens. Please check the legal Disclaimer for more information.
Where to trade STOIC?
After the project finalization stage is completed and the token is finally issued, we’re planning to list it on decentralized exchanges like Uniswap, and increase the liquidity of both STOIC and CND tokens via the Staking program.
support@cindicator.com
© 2015-2021 All rights reserved.
Notwithstanding the foregoing, there are absolutely no guarantees and representations in relation to STOIC token (“STOIC”). STOIC is provided as is. STOIC, including its functionality and plans for it, may be changed at any time. Also, for any reason and at any time, STOIC may not be released at all or its support / development may be discontinued.
In relation to STOIC, you are solely responsible for complying with all laws that apply to you, including for the payment of all taxes that apply to you. You also assume all legal, economic and other risks in relation to STOIC, including its legal uncertainty, market volatility (variability), information security risks and others. STOIC is not associated with any of our legal entities, Cindicator or Stoic. If you do not agree with this, please close this site.
DISCLAMER